Updates to Janet's profile since your last visit are highlighted in yellow. 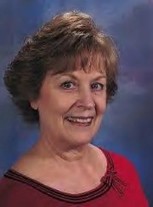 I retired from the Federal Government in 2006 with 35 years service as a Department of the Army Federal Civilian Employee. Many memories and lots of great people I met along the way.
I worked as a Cosmetologist at Professional Hair Design. I used to teach Hairdressing back in the early 80's, but had to go back to my government job to support myself and daughter. Anyway, I knew someday I would go back to hairdressing, even if I wasn't teaching it; I'd be doing what I enjoy. I am now RETIRED.

Graduated in June 1966 from Ayer Jr/Sr High School.
Started to work for the Federal Government at Fort Devens, MA, right after High School.
Worked there for 12 years then went to Hairdressing School at Henri's School of Hair Design in Fitchburg, MA.
Worked as a Junior Instructor for 4 years and also worked in 2 of Henri's salons at night.
Went back to the Federal Government in 1983 until I retired in 2006.
Went to Germany and worked for 2 General's and 2 Senior Executive Service individuals. Traveled extensively throughout Europe: Skied in St. Mortiz, Switzerland; went to the Black Forest and walked on the bridge from the movie Sound of Music in Austria, Germany; saw the Mona Lisa in Paris, France; went to the Tower of London to see the Queen's Jewels, walked over the bridge to Big Ben in London, England; went to the Mosque's in Istanbul, Turkey, visited Zaheb, Ugoslavia; Berlin; Amsterdam, Holland, Netherlands; went to Mid-night MASS with the Pope in Rome, Italy; climbed the Leaning Tower of Pisa; went to Pompei and the Colliseum in Italy. I've traveled to Florida many times and have also gone on a cruise to Bermuda and went to Hawaii. Still, I'd like to travel more in the USA now. Life is what you make it, you are as happy as you want to be!